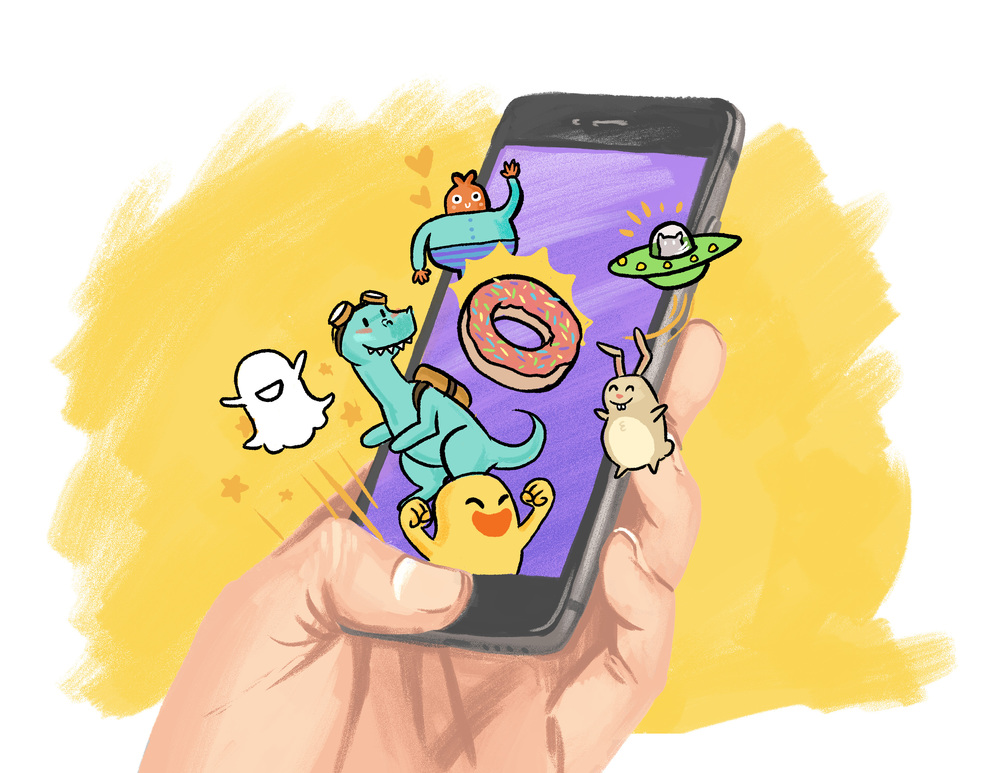 How and Why You should Use Illustration in Software

Illustration was once relied on by advertisers, publishers, and many other industries as their primary source of visual storytelling, but its dominance faded in favor of the newest technological sensation: photography. But photography didn’t kill illustration, it just changed the way it is used. While photography captures an arrangement or composition what already exists, illustration creates an image from nothing but the imagination.

Jump to the 21st century and it’s no surprise that illustration has found itself at home in software designs. Technology introduces a new playground for illustrators to flex their creative muscles, allowing them to connect with their audiences on a deeper and more personal level by crafting interactions and entire experiences for users. There’s no shortage of illustration in games or apps for kids, but the problem-solving power of illustration goes far beyond those expected uses. Let’s look at why they are so effective.

The Benefits of Illustration

Many people are visual learners and can understand complex concepts more quickly through viewing an illustration over reading a lengthy explanation (e.g. IKEA instructions). Because illustrations don’t usually involve text, they become universal, making them understandable by a larger audience, of many ages, cultures, and languages. This can be really useful in the software space, where many users fly through instructions and onboarding experiences.

Photographs are often too specific, capturing reality, but leaving little room for viewers to imagine themselves in place of the models. Illustrations, however, ask for interpretation and input from their audience. Not only do illustrations simplify the image and allow viewers self-reflection, they also provide space for viewers to make their own intuitive leaps to understand complex ideas. User relatability makes software experiences memorable.

Illustration differentiates you from competitors.

Illustration in software occupies a smaller share of the market, and often companies who employ illustration stand out over their competitors. Illustration can be utilized as a distinguisher especially among companies that lean heavily on stock photography, typography, or more graphic elements in their software experiences. It’s also a way to establish your brand. Take for example, Dropbox, who in addition to making sure their product was simple and easy to use, also leveraged illustration to attract consumer loyalty amongst a sea of bland enterprise cloud storage solutions.

In an industry where delight is highly sought after, well-crafted illustrations are a gift to users. Frank Chimero devotes an entire chapter expanding upon the concept in his book, The Shape of Design. Even if “delight” has become an overused buzzword, there is still a movement to create software that provides value beyond its functionality, and adding illustration is a simple, authentic way to promote those positive feelings. Illustrations are delightful because they don’t just promote brand aesthetics, they introduce whimsy, friendliness and fun into software and can liven up the unsexiest of utilities.

Examples of Illustration in Software

Flat, simple illustration styles that complement the design aesthetics of Material Design and iOS 8 are the most popular in today’s software space. Even examples that are created to resemble hand-drawn media use vector-based brushes in Illustrator to achieve the flatter look. Illustrations are often animated to come alive with motion when a user physically interacts with them.

The four key places illustration can be found in the software industry are a brand’s onboarding experiences, iconography, promotions, and identity.